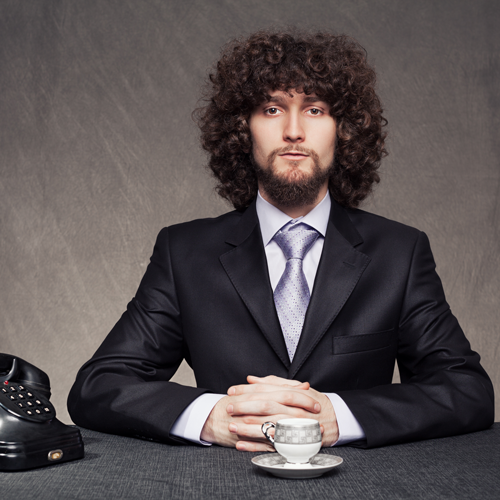 At the helm of one of the world's largest transportation company (and currently the second most valuable company in the world), Sydney T. Rifkin is an enigmatic figure who's history is littered with intrigue, mystery, and tall tales. Our editors sat down with Sydney to hear just a few of those tall tales.

FL: Thanks for joining us, Mr. Rifkin.

STR: It's my pleasure.

FL: Is it odd to hear yourself referred to as Mr. Rifkin instead of Grand Duke Rifkin?

STR: What people don't understand about titles is that they often, not always, but often come with tremendous responsibility. What do you give up in exchange for that title? If your title is Director of Accounting, for example, you might be giving up the opportunity to start a firm for yourself and be your own boss. In the case of a Grand Duke of the Grand British Empire you are giving up something as well. Many are content to give those things up in exchange for the title. I myself was not.

FL: You've given up more than just a title, though, haven't you?

STR: The king and queen do not look kindly on those who leave their country. All my properties and assets in Grand Britain and the territories that it controls were forfeit. All my ancestral lands were confiscated. I escaped with one suitcase full of memories, but everything else was lost.

FL: Some of our readers might not be familiar with the story of your escape and how you started your new life in Louisiana. Would you tell us about it?

STR: When I made the decision to leave it was a secret that I kept very closely guarded. You had to, especially in those days with agents of the crown listening in on every conversation and informers everywhere. The only person in my life who knew I was to leave was a young woman in my service who was helping me to settle my affairs in secret. I had bribed an official at the Exchequer to discover the dates and times of the account observations--which is something that the Secret Intelligence Service does to all accounts in Britain regularly to check if anything unusual is happening. I was careless with the information, I wrote it down wrong, and the SIS caught on to something unusual going on. The SIS interrogated the young woman and after 37 hours she broke and told them everything. I had to leave my homeland in a crate of garbage bound for a dumping ground off the coast of Greenland. That was where I was picked up by a fishing boat flagged out of New Orleans. That was how I began my life in Louisiana.

FL: Cerulean has been at the forefront of new methods of delivery... You've just recently launched drone delivery. Can you talk about what that's going to mean for your customers?

STR: What it means is that we can delivery anything anywhere in the world quickly and efficiently. Our stealth drones also allow us to deliver to locations that are under blockade, like the Mayan Kingdom in the wake of New Spain's invasion, or to my own homeland of Grand Britain which remains under martial law after more than seven years.

FL: You're one of the richest people in the world now... what do you want next for yourself?

STR: I'm really looking for my next challenge. Maybe it's space, I don't know.

STR: I'd love to build a network of forward operating locations between here and the Moon and here at Mars. I'd love to mine the asteroid belt for precious metals. Moving things around on Earth has been solved. I want to move things in other places now.