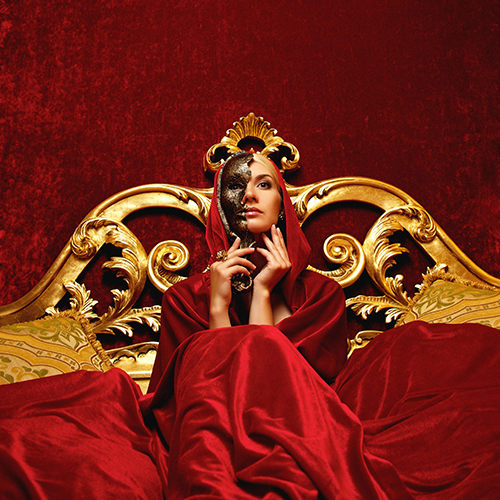 The Venetian is one of the most secretive banks in the world. Highly regarded as the most secure place to keep your money in the world, this bank manages nearly two trillion Sovereigns in assets for clients ranging from failed-state dictators to paranoid robber barons. Overseeing this vast financial empire is an incredibly secretive woman: Piper Carolina. Rarely seen in public, and when in public, always wearing a mask, Piper is nearly as paranoid as her clients. For the first time ever, Piper granted Filthy Lucre an interview. We're thrilled to bring you this incredibly rare look at one of the most hidden individuals in the world.

FL: Thank you, Ms. Carolina for granting us this interview.

PC: It's my pleasure.

FL: So little is known about the inner workings of The Venetian, but I think it's a surprise to many people that a non-Venetian would be in charge of a Venetian bank called The Venetian.

PC: Yes, the world is full of mysteries, twists and turns toward the unexpected.

FL: You're not going to say anything more about it then?

FL: Why do your customers choose The Venetian over other banks?

FL: There has famously never been a robbery of The Venetian. Why is that?

PC: Because we are ruthless. We do not merely kill theives. First we kill their children in front of their wives. Then we kill their wives. Then we find their extended family and we string them up in the public square in St. Michael's. Then, only when they have witnessed their entire family line being snuffed out to the last soul do we finally end their lives and we do so in the most excruciating ways imaginable. We have a staff who's only job it is to imagine ways of causing greivous harm to theives. I've met them. They even scare me.

FL: What's the one thing that you want people to know about you?

PC: I want people to know that I my mission on earth, my one duty, is to safeguard the valuables of others. To me it does not matter what you have or how you got it. It is yours now and it should remain yours and I will do whatever I can to ensure that it remains yours forever. That is what I am about and that is what The Venetian is about.